In his book, “The Art of Creation,” Edward Carpenter writes of Dr Richard Bucke’s experience of meeting Walt Whitman; Dr Bucke being the author of famous book “Cosmic Consciousness” in which he describes people’s experiences of another level of consciousness.

“Dr Bucke in his “Memories of Walt Whitman,” describes the profound impression produced upon him by his first interview with the poet.

“I remember well how, like so many others, I was struck, almost amazed, by the beauty and majesty of his person and the gracious air of purity that surrounded him and permeated him.

We did not talk much, nor do I remember anything that was said, but it would be impossible for me to fully convey by words or in any way to describe the influence upon me of that short and simple interview.

A sort of spiritual intoxication set in, which did not reach its culmination for several weeks, and which, after continuing for some months, very gradually, in the course of the next few years, faded out.

While this state of exaltation remained at its height the mental image of the man Walt Whitman underwent within me a sort of glorification (or else a veil was withdrawn and I saw him as he was and is), in so much that it become impossible for me (I am describing the event just as it occurred, and as accurately as possible) to believe that Whitman was a mere man. It seemed to me at that time certain that he was either actually a god or in some sense clearly and entirely preterhuman. Be all this as it may, it is certain that the hour spent that day with the poet was the turning-point of my life.”

These words of Dr Bucke are specially interesting as coming from no sentimental youth, but from a man of scientific and practical attainment who at the time of the recorded experience was fully forty years old, and superintendent of a large insane asylum; and they show clearly enough his deliberate conviction that he beheld in Whitman the presence of a being divine and beyond the range of mortality.” 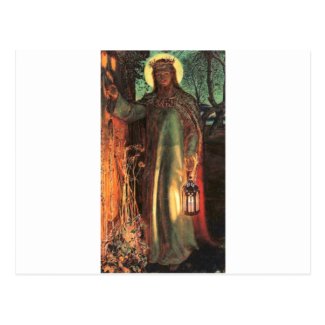